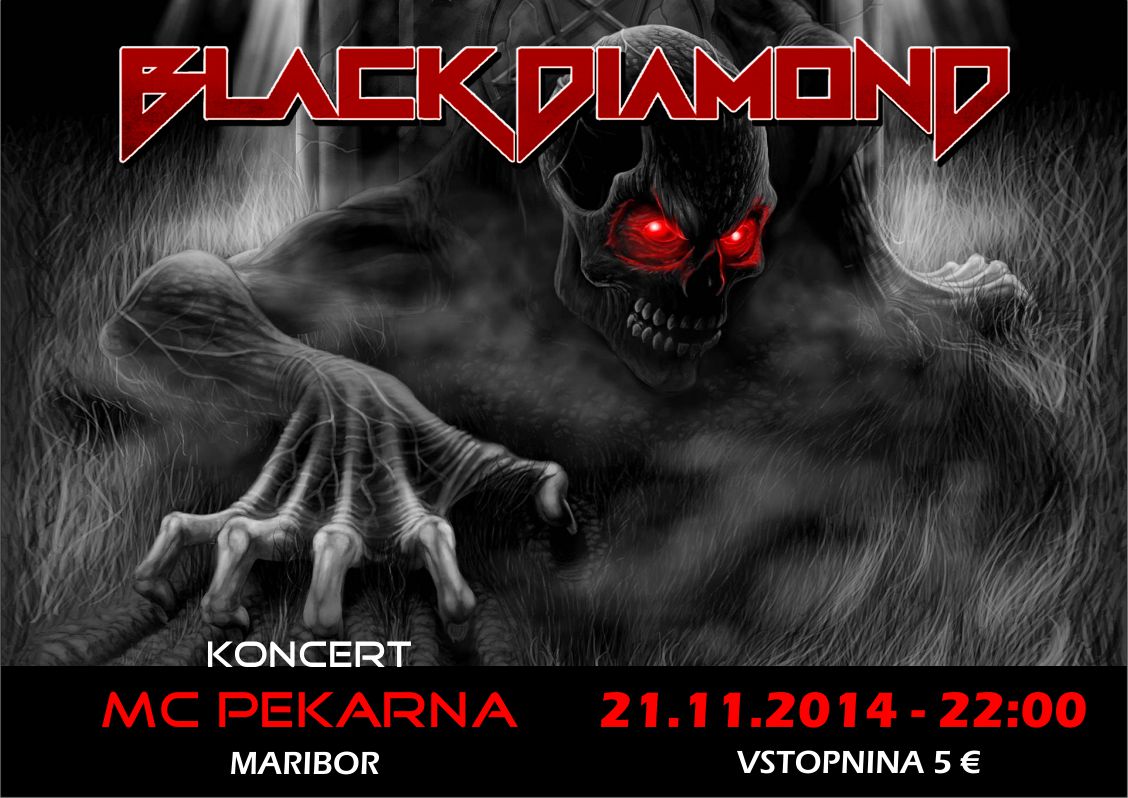 Black Diamond for the first time are coming to Maribor concert stages, specifically in the MC Pekarna. Maribor is in some way our home ground, the band in fact have two members from Maribor – Primoz Pavlin and Marko Soršak – Soki. Baptism of the concert with the Black Diamond they experienced in July at the festival MetalDays, now it’s the time and honor for both of them to play on their home ground  the first full length concert!
What can you expect from the concert ?!  Energetically played songs from our debut album Last Man Standing + premiere live performance single Endless Road! In short, almost two hours sharp, heavy metal! Does not to miss it!